When you are building your story, you might not have the values at the visualization level you need: if you have your data aggregated at a city level, you might want to visualize them at a country level. You will then need to aggregate them. Thanks to the aggregate widget, you can apply the following operations to your dataset: 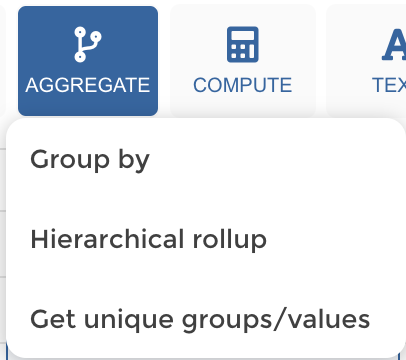 My dataset is containing my turnover per Quarter for each year. 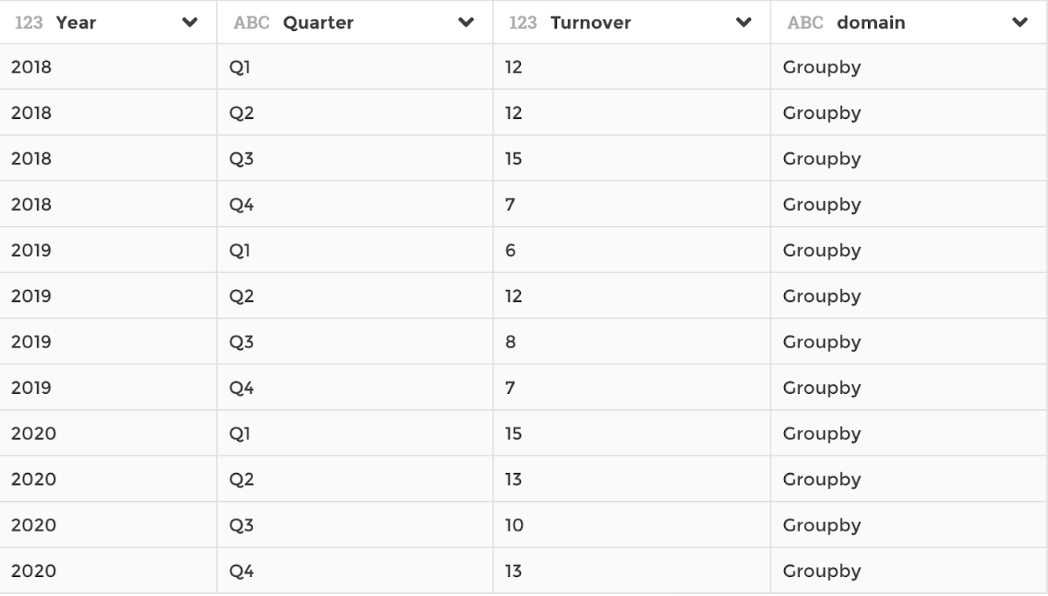 I want to display the evolution of my turnover per year. I need to group all my values per year using the Aggregate step : Group By operation: 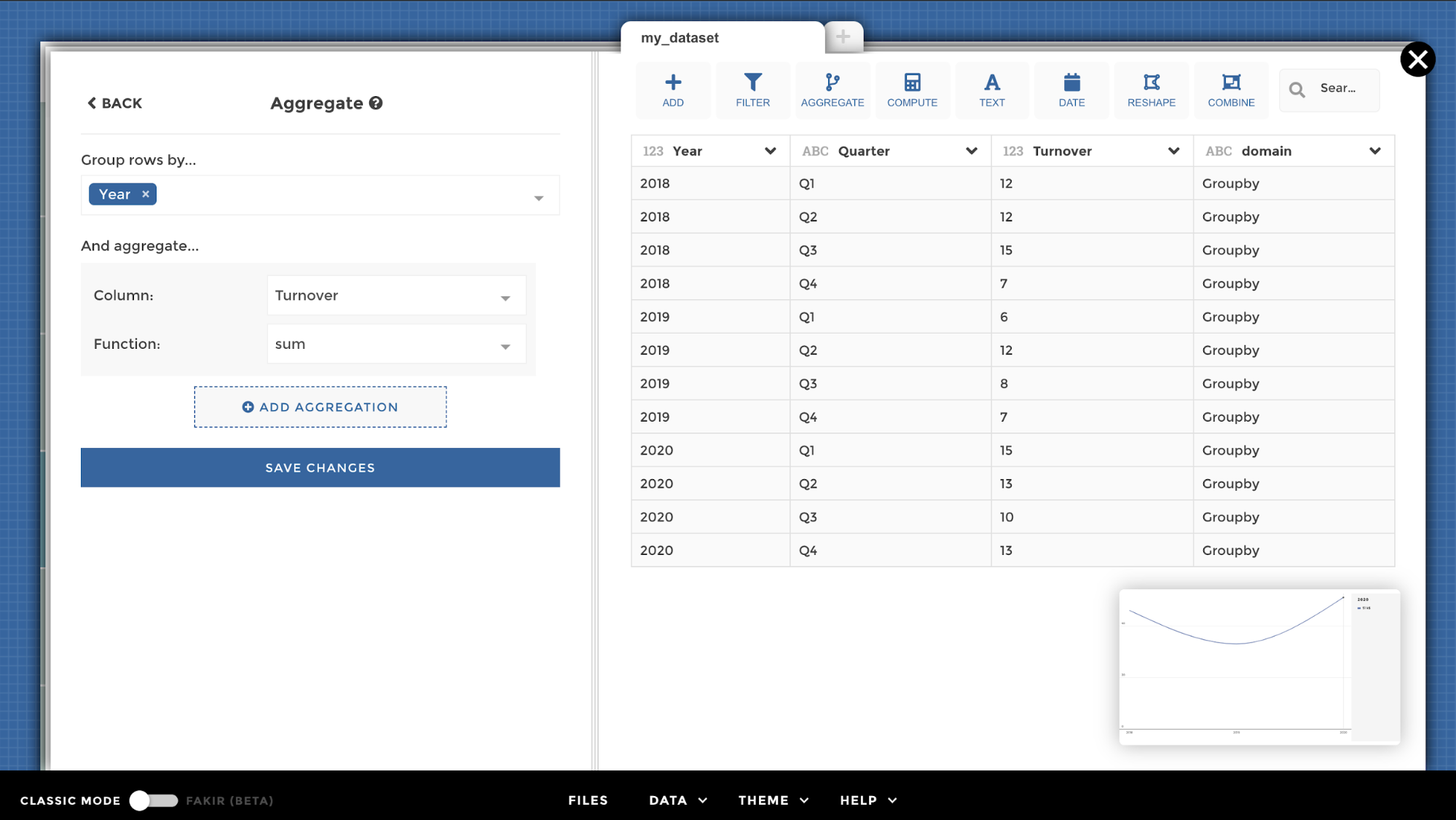 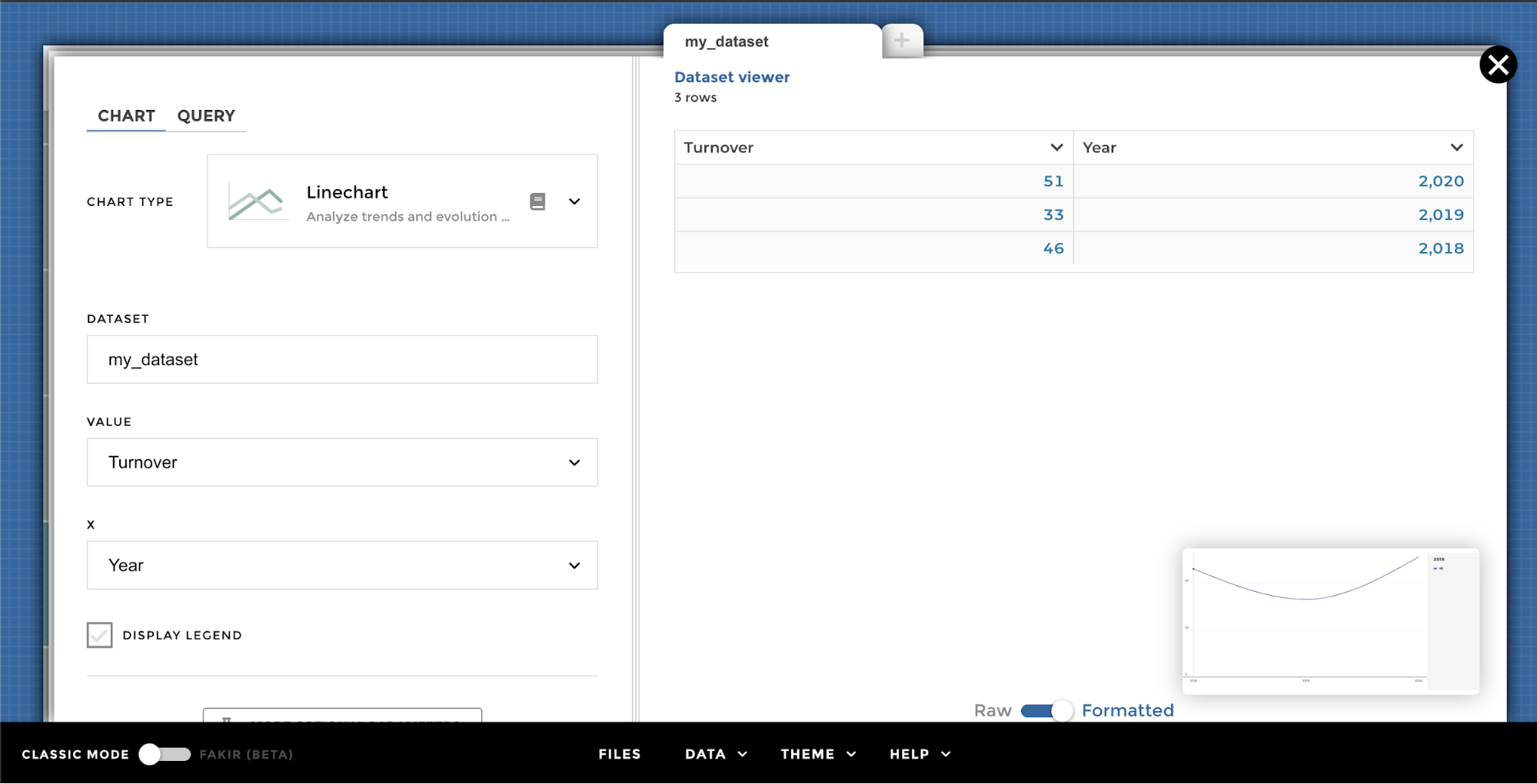 My data might only contains data at the lowest level. The hierarchical rollup operation will allow you to aggregate data at each hierarchical level and stack the aggregated data of every level, based on hierarchical columns (e.g. city < subcountry < counrtry ). This step is really helpful to give your dataset a hierarchical structure that Toucan could interpret properly for its charts (ex leaderboard drill, waterfall drill… or even hierarchical view selector).

📝 Perfect operation to set a hierarchy with only the children value.

Before you start! You will often have to display various levels of aggregations on your screens. For ewample, my dataset contains the main cities worldwide. We can find different level: names of the city, subcountry and country. Thanks to the hierarchical rollup operation, we are going to create a hierarchy between these three columns.

Get unique groups/values in columns: you can select one or several columns that will be combined to constitute unique groups of values. 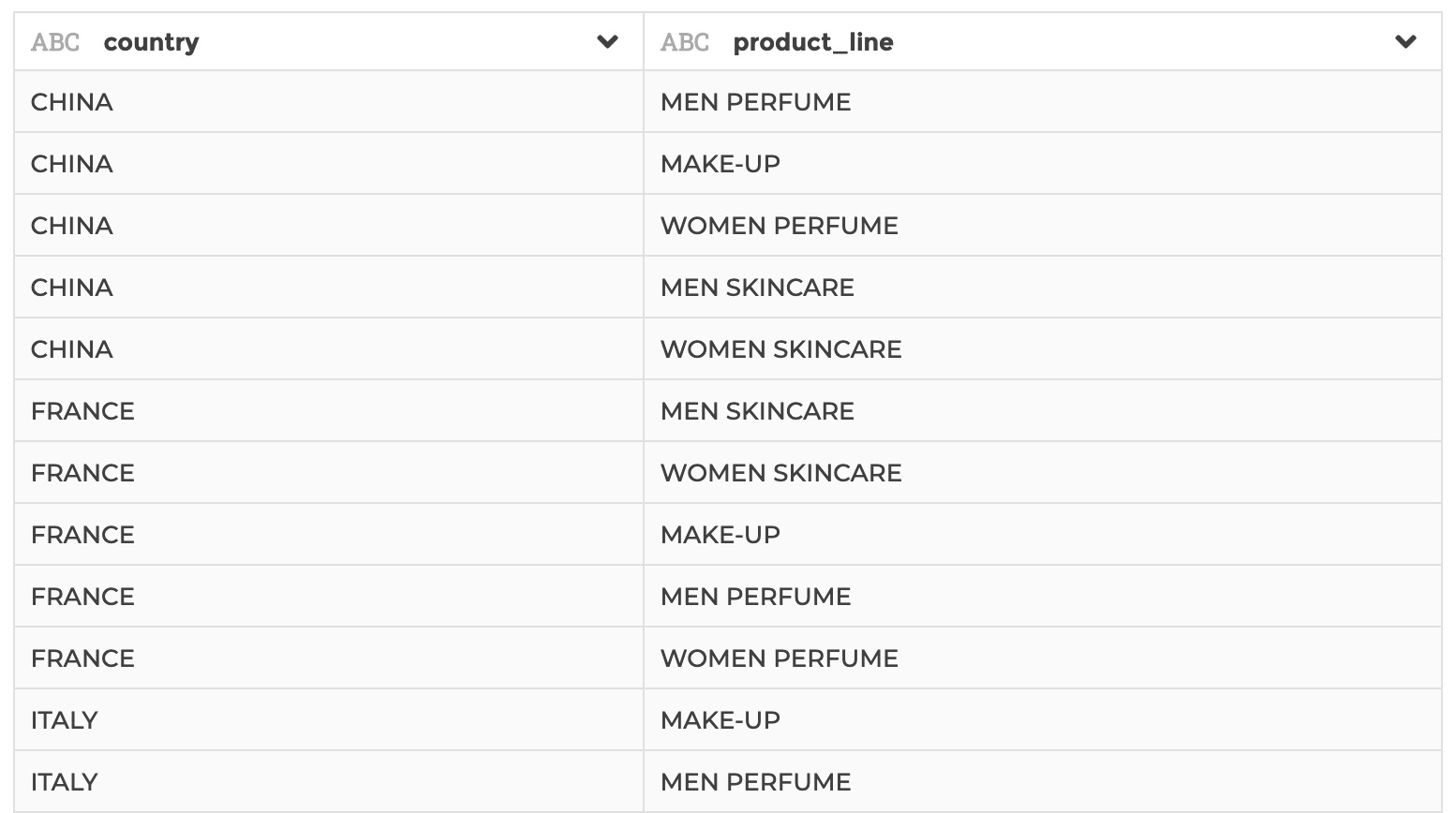 Do not hesitate to read the weaverbird documentation if you need any further informations on YouPrep!